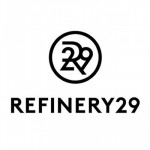 The assistant principal of a Texas high school blamed what girls were wearing for his school's poor performance—specifically, the performance of the school's male students.

According to Fusion, during an assembly at Clements High School in Sugar Land, Texas, assistant principal Phil Morgante said that girls shouldn't wear crop tops or tight clothing because it is distracting to male students.

“Ladies, I know you’ve been working on your abs since the Olympics, right?" Morgante said. "But your shirts can’t be up here. It’s gotta cover the whole gut. So cover up." The Odyssey reported that the audio was recorded by a student and later posted to Soundcloud.