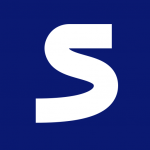 Microsoft has put a lot of effort into the Surface Pen, and the device actually is quite an advanced piece of hardware, but that doesn’t seem to be enough for the Redmond, Washington-based tech giant. Not with several other companies, including Apple, building similar products.

The company has started work on a rechargeable Surface Pen that basically would eliminate the need for batteries and allow the device to charge when attached to the Surface. But the plan might go beyond this.