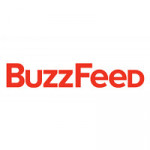 Urban Outfitters frequently is criticized for making offensive clothing and for ripping off the work of independent designers without much in the way of consequences. But it may have picked the wrong fight with the Navajo Nation.

Urban Outfitters and the group have been locked in a legal battle since February 2012, when the Navajo Nation sued Urban for its use of “Navajo” and the misspelled “Navaho” on the retailer’s flasks, underwear and more. It accused Urban of trademark infringement and of violating a law known as the Indian Arts and Crafts Act, which protects Native American-made goods.