10-year MLB Uniform Deal Is Big News for Under Armour 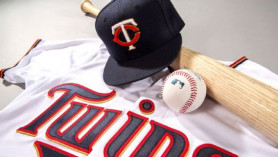 Under Armour announced its milestone, 10-year deal to supply the on-field uniforms for all MLB teams beginning 2020. (Image via ESPN)

Currently, Majestic and Nike are the official uniform partners, but that contract expires in 2020. As part of the new deal, Fanatics will supply merchandise to fans, and Under Armour will supply the on-field apparel, including jerseys and training outerwear. Additionally, New Era still retains the rights to the players' and fans' hats.

The new deal will run for 10 years across all 30 MLB teams, and the new on-field uniforms will feature the company's branding.

“Under Armour is proud of our long-standing relationship with MLB, and we look forward to this exciting next chapter,” Kevin Plank, Under Armour founder and CEO, said in a statement, according to The Washington Post. “This is a watershed moment for the Under Armour brand as this partnership with MLB and Fanatics furthers our collective dedication to bringing passion, energy and innovation to the game of baseball. Under Armour’s goal is to engage and excite MLB’s incredibly diverse fan-base across America and around the world, and grow the game for the next generation of great athletes.”

For a company that is only 20 years old, this is a huge accomplishment. Under Armour has been competing with established, veteran brands Nike and Adidas, and this deal signifies that it is officially a contender in the sporting apparel world. With fans all over the world tuning in to watch MLB games, the subsequent brand exposure should result in huge sales growth for the company.

Under Armour did not disclose the official terms of the deal, but ESPN reported that MLB teams will make a higher royalty per jersey.