The 2016 MTV Movie Awards took place last month, but the magic of the event's gift bags still lives on. While only a few lucky celebrities received accolades, all event attendees took home gift bags containing everything from Calvin Klein Collection Eyewear by Marchon to a five-class VIP pack to SoulCycle. 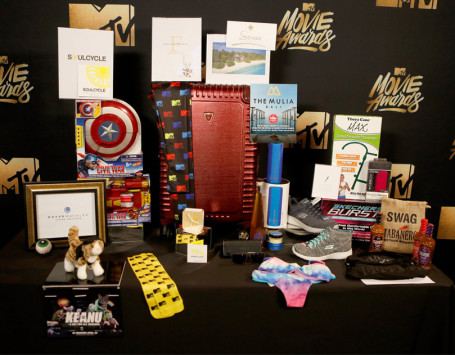 According to toofab, here are some more of the coveted products:

And for more gift-bag inspiration, check out the Grammys' gift bag and the Golden Globes' gift bag.