Being a top promotional products distributor in 2022 means being creative. It means navigating supply chain issues, the still-lingering effects of the COVID-19 pandemic and other hurdles that show up on a seemingly daily basis. It also means being creative for your customers, too—finding products that fulfill their needs, offering them solutions they might not have thought of before, using all of the tools available to you to get the order across the finish line when they need it.

According to the data we accumulated, the top distributors totaled $8.37 billion in 2021 sales, a 23% increase from 2020. The majority of the 75 distributors included on the list also reported revenue increases—53% this year compared to 31% last year. Only 21% reported revenue decreases, but two of those companies still placed in the top 10 of the list, showing that even with roadblocks they find ways to make success happen.

If you've been paying attention to our Top Distributors lists over the years, a lot of the names included in this year's edition will be familiar. The big news this year is the return of HH Global, which acquired InnerWorkings in 2020. HH Global's print and promo sales brought its revenue to nearly $1 billion, which was enough to knock last year's No. 1 distributor, HALO, out of the top spot.

HALO, which in turn bumped 4imprint off the top of the podium last year, reported a 7.5% increase in revenue year-over-year, reaching $822.9 million this year. Rounding out the top five are 4imprint, which increased its revenue by an impressive 38%; Proforma; and American Solutions for Business.

The fastest-growing company on this year's list was Booshie Inc. out of Blaine, MN, reaching $1.5 million in 2021 sales, compared to just $30,000 in 2020. That's a 5,066% sales increase. Booshie Inc. was followed by Swag.com, which was purchased by Custom Ink in 2021 and more than doubled its sales from the previous year.

While a major theme of this list is change, some things have remained the same. The top five vertical markets for print and promo distributors was consistent with last year's findings. Healthcare was still the most common vertical (listed 32 times), followed by financial (27 times), retail (20 times), technology (17 times) and manufacturing (16 times).

Promotional hard goods and apparel remained consistently strong, too. The Promotional Hard Goods category maintained the top spot with $1.21 billion, the same as last year; and apparel grew from $701.24 million to $724.34 million this year.

Keep reading for more stats and analysis, or download the 2022 Top Distributors list here to see the full Top 75 ranking. As always, we hope this feature provides a good snapshot of the print and promo industry overall. 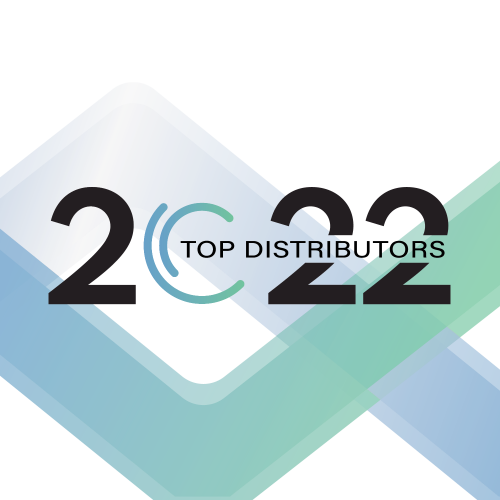 For more stats and analysis, the complete ranking, profiles of some of the year's top promotional products distributors and more, download the full list of 2021 Top Distributors List here.

2022 Top Distributors: How HALO's Rebrand Helped them Top Their Huge 2021