As we wind down the fifth day of the 2018 FIFA World Cup, we can say there have certainly been some surprises, with title contender Argentina’s 1-1 draw against Iceland and defending champion Germany’s 1-0 loss to Mexico as the chief examples. Nobody, however, should find shocking how diligent FIFA and affiliated authorities have been with tackling attempts to dupe end-users through bogus World Cup merch. In their mission to suppress counterfeiters and their ambush-marketing peers, they have issued numerous releases on their efforts, with one account addressing the seizure of nearly $2 million in phony finds by Hong Kong customs personnel.

That total has come as a result of Operation Goalkeeper, which, strictly from a figurative language perspective, is an excellent choice, given officials’ aims to safeguard consumers. The name has proven far more than a catchy title, though, as by June 13, the day before the 21st installment of the international football tournament commenced, Hong Kong authorities had secured 259,000 pieces of supposedly questionable goods. That staggering total came over only a six-week period, giving further evidence of the lucrative, and not altogether legal, opportunities that exist for individuals and companies looking to commemorate such a large celebration of sporting excellence. 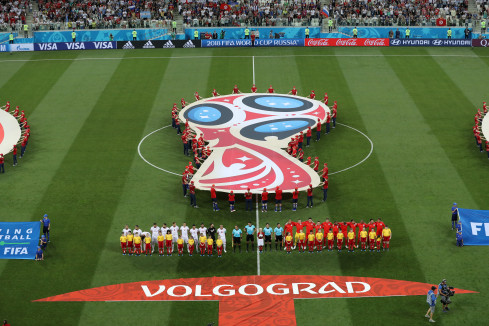 Couple the Hong Kong example of fake World Cup merch with 4,000 more knockoffs in Shenzen, and we have tons of end-users who, instead of having an opportunity to buy legitimate products, would have ended up stuck with fake goods. That includes 180,000 pieces of apparel (57,000 of it jerseys), 29,000 bags, 1,000 hats, 50,000 pairs of shoes, and 3,000 T-shirts. We have all likely indulged in a bit of perfect-world thinking where such corruption never occurs, but the five arrests that Hong Kong authorities netted and the ensuing investigation remind us that as long as end-users remain impressionable, people will strive to manipulate them and kick lawfulness to the curb.

Long cognizant of the consequences of the unauthorized parties’ actions, the International Trademark Association used June 6's World Anti-Counterfeiting Day to stress to end-users the need "to learn more about their consumer rights in an effort to make smart purchasing decisions in a global marketplace where the sale of counterfeit goods is on the rise." The entity added, via a 2017 impact study dubbed "The Economic Impacts of Counterfeiting and Piracy," that come 2022, "the global total value of both counterfeit and pirated goods, including digital piracy, could reach US $2.8 trillion" and had three members pen a cautionary reminder that counterfeit goods, due to their originators' widespread disdain for adhering to quality or environmental standards, pose health risks, lead thousands to lose their jobs annually and typically have ties to criminal organizations or mafias associated with money laundering and drug trafficking.

The tournament has yet to kick into high gear, so one might presume that as the bracket condenses, knockoff artists could be intensifying their efforts, especially if established squads dominate the elimination stage field or if upstarts come to disturb the apple cart. No matter who makes up the dwindling bracket, it will be interesting to see if authorities, who treat legitimizing World Cup merchandise as seriously as they do hoping for a memorable tournament, come to bust more would-be providers of improperly manufactured and marketed goods.