It was during my 3 p.m. Twitter-perusing yesterday when I discovered it was National Kazoo Day. 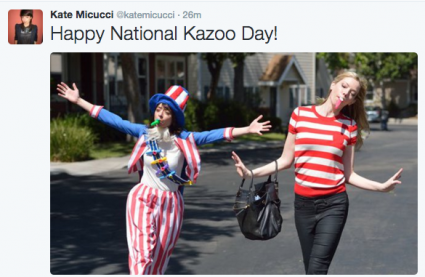 Naturally, I had two reactions: "That can't possibly be real," and "Oh my gosh, I forgot about Kazoos!" So, after Googling and discovering that it is indeed real, I decided to completely give in to reminiscing about my childhood kazoo days.

Like everyone else, I was far from a professional kazoo-player (kazooist?). Instead, my kazoo days were formed from a brief obsession that was probably squashed as soon as my parents found a place to stash the kazoo. They clearly didn't appreciate its simple, duck-sounding brilliance. So, instead of being the Mozart of my time, I probably moved onto the recorder and the rest is history.

However, now that I've remembered my childhood calling, the kazoo, I never want to forget it again. Instead, I want to celebrate National Kazoo Day fully (albeit belatedly).

So, join me in celebrating with these promotional kazoos! Your clients can use them for party favors or simply to irritate loved ones. 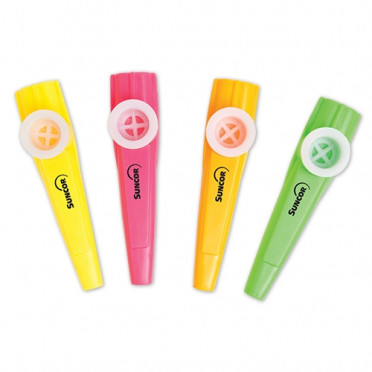 Don't these colorful kazoos remind you of a beautiful array of Starbursts candy? (I think I'm hungry.) Your clients can stuff these kazoos in a college-season-ticket gift bag for a fun game-day promotion! 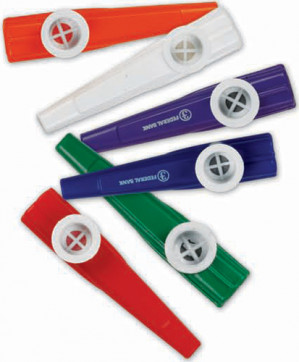 Who doesn't want their company's logo to make some noise? Perhaps you never thought of it in the literal sense, but if you want to be noticed, you've got to get loud. At least that's what Liza Minnelli would say. It doesn't get much louder than a kazoo! 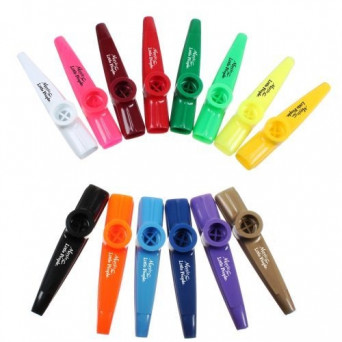 I want this kazoo in every color. It's the best-looking rainbow I've ever seen, and any child (or adult) would be thrilled to receive this kazoo as a gift.