A Berkeley, Calif., couple was found dead in their home due to carbon monoxide poisoning. Police told KPIX 5 that the two were using a "laser 3-D printer" that vented fumes into the residence.

Police evacuated the apartment building and had the fire department's hazardous materials team search for a gas leak or other hazard, but no such leak was found. 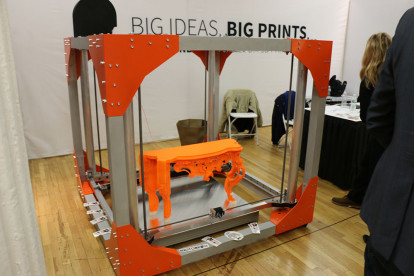 A Berkeley, Calif., couple passed away in their homes, and authorities are pointing to a 3-D printer. (Image via Gui le chat/Wikimedia Commons)

The couple, 35-year-old Roger Morash and 32-year-old Valerie Morash were found with signs and symptoms consistent with carbon monoxide poisoning in their bodies. They were both graduates of Massachusetts Institute of Technology. The couple's two cats were found dead at the scene as well.

Though authorities chalked the death up to the 3-D printer, sources close to the family had conflicting opinions.

One close friend told Berkeleyside that the 3-D printer the couple used "required ventilation, and that he himself had felt sickened by the fumes on one occasion."

Another friend said that there was no indication that the device was operational when the couple passed away.

"This is all pure speculation," the source, Allen Rabinovich, told Berkeleyside. "The device named in the KPIX CBS article ('laser 3-D printer') doesn't even exist, and we are in contact with the police, who are still working on official investigation results."