3 Pens to Show Off at the Office

Everyone has a favorite pen. Whether it's because it has a name engraved on it, it has a comfortable rubber grip or the ink is smoother than Barry White's voice. We found three pens that stand out to us because of their designs and functions.

1. Writing electrified
Scientists at the University of Western Ontario developed conductive ink for a ballpoint pen that lets users "write" electrical circuits on walls and paper. According to Scientific American, the circuits stay conductive despite bending, and writers can repair broken wires by retracing the lines. A duel tip allows users to erase and correct mistakes.

"You can easily make wearable electronics," Jun Yang, a professor of mechanical and materials engineering at the University of Western Ontario, told Scientific American. "Just hand draw a circuit to make a personalized T-shirt."

Unlike other conductive silver inks that have been on the market, this nanoparticle-free ink stretches and doesn't clog the pen tip.

2. Construction-ready ballpoint
Some people prefer Legos. Some prefer K'NEX. Some prefer Mega Bloks. Thanks to this ballpoint pen from ThinkGeek, users no longer have to decide on just one building method. The pen is compatible with PixelBlocks, Mega Bloks, KRE-O and K'NEX. According to Gizmodo, ThinkGeek includes a 36-piece Lego stand that you can build to show off the pen. 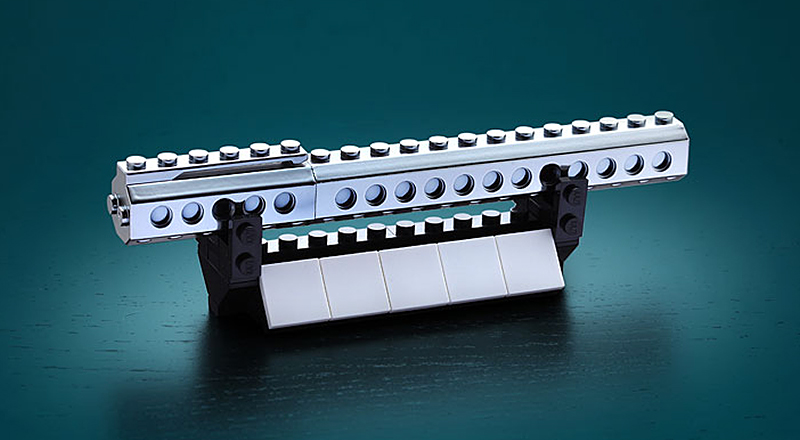 3. A pen for a cause
Cross announced a new, limited-edition pen intended to fight gun violence in parts of Africa. According to Blouin Art Info, the CROSS Peerless Fonderie 47 fountain pen costs $4,700, and will fund deconstruction of 10 rifles. The pens include a disk of blackened steel from a melted-down AK47, a set in the cap like a crucible and a center band that encircles an 18-karat gold-filled barrel.

For more news on writing instruments, check out our full-length feature in the January issue of Promo Marketing.