3 Wearable Tech Trends to Watch in the Promotional Products Industry 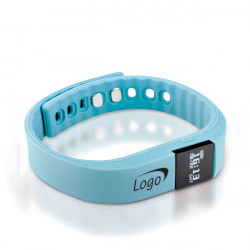 Wearable tech is one of today’s major buzzwords. And, perhaps, rightfully so. According to The Motley Fool, shipments of wearable devices increased 139 percent year-over-year—from 35.5 million in 2014 to 85 million in 2015.

In Tractica’s recent research report, “Wearable Device Market Forecasts,” the company highlighted what we should all keep an eye on over the next few years. The Motley Fool caught up with Aditya Kaul, Tractica’s research director, to delve into specific trends.

Here are three that could prove useful for the promotional products industry:

All signs point to wearable tech maintaining its staying power in the industry.

How are you incorporating wearable tech into your product offerings? Are you seeing a growth in its popularity? Let us know your thoughts in the comments below!