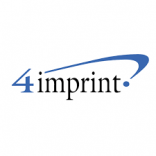 4imprint this week announced its 2020 fiscal year results. According to Morningstar, the company's revenue was down 35% to $560 million from $860 million. Specifically in North America, revenue fell 34%, and U.K. and Ireland revenue dropped 53%.

“The group has seen an encouraging recovery since the initial shock of COVID-19 in the first half of the year,” 4imprint chair Paul Moody said. “We look forward to the beneficial effect that vaccine programs may bring to the economy. The fourth quarter of 2020 was relatively robust, enhanced by seasonal apparel and year-end gifting.”

He added that orders in January and February 2021 were down 35% from 2020, which he attributed to “volatility” as a result of U.S. events and weather. But, he also said that order intake compared to 2019 was nearly 70%, which shows improvement. The company's order intake was 50% in August and 60% in November.

4imprint was the promo industry's largest distributor by sales volume in 2019, ranking atop our 2020 Top Distributors list, as it has for years. Its struggled during the pandemic are in line with overall industry sales trends, with total promotional products sales down by an estimated 20%.

Still, other large distributors fared better. While announcing the finalization of its acquisition by Westbridge Capital, Overture Promotions reported that its 2020 revenue was $127 million—a 35% increase over 2020. BAMKO's fourth-quarter sales were up 52.2% year-over-year, with full-year sales up 88%.

Other large distributors, such as Proforma and HALO Branded Solutions, have also said their 2020 sales were strong, though we don't yet have final figures.

Moody reportedly said that 4imprint has made financial decisions to boost long-term sales figures, and that the company is “financial strong and very well-placed to capitalize on the opportunities arising in recovering markets.”

He did not specify what those markets are. But as events like live sports, trade shows and concerts return, 4imprint should have opportunities to rebound from a difficult year.