Getting young people out to the ballots is important for candidates. Over time, we've seen candidates employ a lot of techniques to try to appeal to the young voters—some have been effective, others fall flat. Here are a few of the more recent ways the presidential candidates are trying to appeal to millennials. 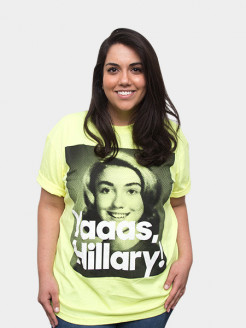 Some of you might know the phrase "Yaaas, queen!" (If not, ask a nearby teenager. We had to Google it.) Basically, it's just a way to express your excitement when you need more than a simple "yes!"

Here's a bonus clip of the Democratic candidate showing her "Chillary Clinton" can cooler after the Iowa Caucus. 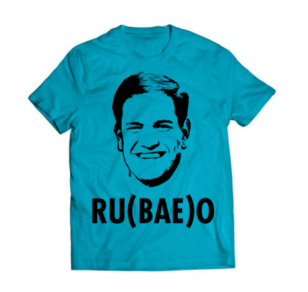 For those who really want to show their infatuation with Republican candidate Marco Rubio, here is the "Marco Rubio Is Bae T-shirt."

For those unfamiliar, "bae" is slang for someone/something you really like. Usually it's referring to someone's significant other. But maybe it's referring to a burrito. Bae can be a lot of things, but we're not sure that a presidential candidate falls under that category. 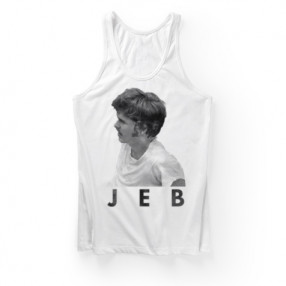 For Bush supporters in the Sunshine State of Florida, a tank top can work year-round. But, we're not sure how many beach-goers will sport this tank top depicting a young Jeb Bush, complete with sideburns and mustache. 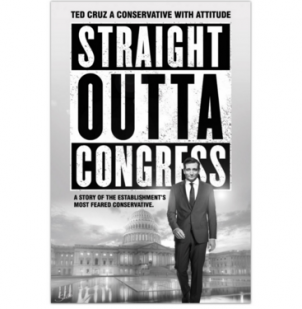 Some of you might remember our report on Ted Cruz's "blacklisted" items, showing the senator covered in tattoos and smoking a cigarette (Photoshop magic, of course). Cruz is channeling his inner Dr. Dre with this poster, which parodies N.W.A.'s classic album, "Straight Outta Compton." 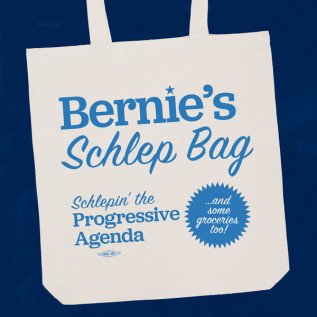 Though "schlep" isn't exactly a term that's hip with the kids (my dad always used that word a lot when I was growing up), we think its catchphrase of "Schlepin' the Progressive Agenda—and some groceries too" is light-hearted enough to appeal to a younger audience. 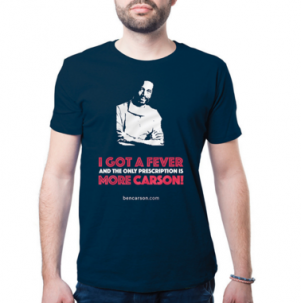 This one's is a bit of a double-whammy joke. Yes, Carson actually is a medical doctor, so it makes sense that he could treat a fever. But the real joke here is referencing the classic "More Cowbell" skit on "Saturday Night Live," where Christopher Walken's music producer character tells Will Ferrell's character, "I got a fever, and the only prescription is more cowbell."