A Look at the Emmys' Lavish Giveaways to Television Stars 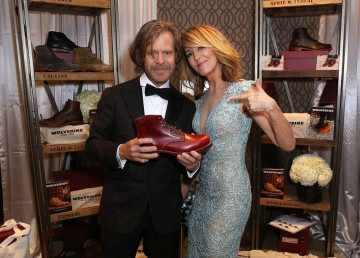 Sunday’s 69th annual Primetime Emmy Awards launched what amounts to a roughly seven-month period through which television and film heavyweights collect commendations for their performances and fashion senses. The Los Angeles-situated ceremony also capped a two-day experience through which the plaque and statue seekers received additional acknowledgment of their exalted status through a bounty of giveaways.

The elites congregated at the Microsoft Theater, and while the results certainly bred added camaraderie among them, one suspects that they also likely bonded over the freebies that came courtesy of Backstage Creations. Through the Golden State-based entity that has engaged in gifting since the 1994 Grammy Awards, presenters and nominees ventured to the Giving Suite to engage in a bit of role reversal. Accustomed to hearing “oohs” and “aahs,” they probably made those utterances when perusing gift bags that included such standouts as the Kombucha Cleanse fermented beverage that promises to bolster their ability to burn and eliminate fat (hey, directors can be very particular, after all.); membership in the Exclusive Traveler Club; and Wolverine shoes.

Those goodies and other, somewhat less flashy but nonetheless thoughtful offerings like an ABCMouse.com gift set; a “Rick and Morty” daylight curfew sweater through Adult Swim; and a Tomorrow Sleeptrack Monitor made the weekend a thrilling opportunity to have the stars brighten the futures of their eventual successors, as their participation in the occasion helped the Television Academy Foundation total $150,000 in donations. That tally will enable the body to continue its 58-year-old mission to mold burgeoning industry figures through initiatives like the Student Internship Program, the annual College Television Awards and The Interviews: An Oral History of Television project.

For the presenters and the nominees (and especially the winners), the weekend had to have been a great way to commend one another and support their craft’s next generation. They might need those in-the-waiting individuals, as Sunday’s broadcast, reflecting an increasing decline in television audience numbers, tied last year’s record low of 11.4 million viewers.

Like victors such as Elisabeth Ross, Julia-Louis Dreyfus, Nicole Kidman and Aziz Ansari and presenters including Viola Davis, Allison Janney and Jeremy Piven, one fortunate television aficionado will receive Backstage Creations endowments thanks to a contest running through October 27, with the value of the items checking in at $4,560. Fans might never follow in the shimmering footsteps of Hollywood royalty, but at least that individual will be able to make like the icons when he or she samples a piece of Patchi Chocolate USA or calls on the Thera Cane MAX Trigger Point Massager.