A Temperature-Controlled 'Smart Mug' Is Taking Over the Coffee Game (Could Apparel Be Next?)

One of the most annoying workplace "problems" (we use that in quotation marks because it's not really a problem) is forgetting you had a cup of coffee and it eventually gets cold, rendering it disgusting and undrinkable. That might just be a thing of the past, thanks to the Ember "smart mug."

The brainchild of entrepreneur and inventor Clay Alexander, the mug retails for $80 and has a battery-charged internal temperature control system that users can connect to a smartphone app. From the app, they can set a preferred temperature for their drink, and the mug keeps the drink at that exact temperature for at least an hour. 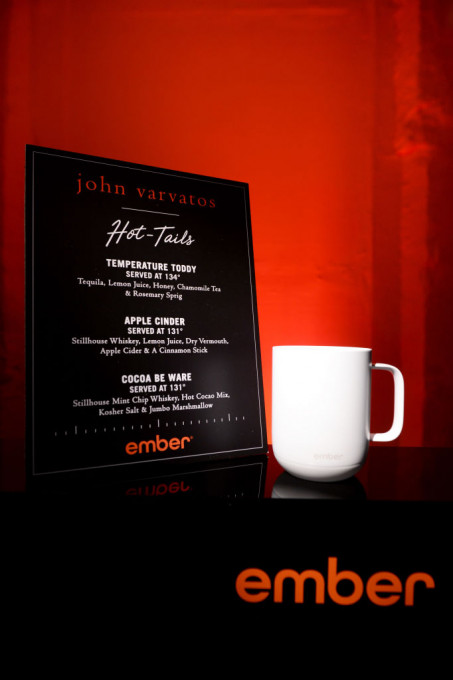 Noted hot beverage enthusiasts and musicians Nick and Joe Jonas recently invested in the company, too. "Hot coffee is a big deal," Joe Jonas said, according to CNBC. "We loved it immediately."

Other celebrities known for their love of hot drinks, like Aaron Rodgers and Ndamukong Suh, are also throwing money at it. The item is available in retail locations now, like Starbucks and Apple Stores—you know, places young people who enjoy coffee at all hours of the day hang out.

The Ember mug has been out for little while now, but the real kicker is that Alexander wants to roll the success from the mug into other applications, notably apparel.

The idea of self-heating "smart apparel" has been kicked around for a while, but we've yet to see any products really take off. Of course we'd all love a jacket that acts like a heated blanket, but the technology has been sort of clunky.

Ember's success, though, opens the door for that kind of apparel to become more mainstream. Alexander has the financial backing and the technological capabilities to make it happen. With smartphone integration, paired with the constant development of safer lithium-ion and similar batteries, temperature-controlled apparel could finally be on its way. We'll have to wait and see how it all plays out, but we'll be surprised if it doesn't happen soon.