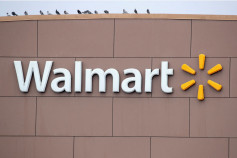 Back in 2016, the Supreme Court rejected the Washington Redskins trademark appeal, and several schools began banning the apparel from classrooms. While the saga has since quieted down, it now looks like the ALCU of Michigan is coming after a high school whose mascot is also the Redskins. However, it's the Walmart in Paw Paw, Michigan that stocks these items, and therefore is the ACLU's chief subject.

Last week, the organization sent a letter to Walmart CEO Doug McMillon requesting that the store pull the Redskins items from store shelves, according to Michigan Radio. ACLU civil rights attorney Mark Fancher said in the letter that Walmart needs to take a stand to show the company does not stand behind this type of racism.

“This will, in our view, help to bring home the fact that most people of goodwill do not support the use of a racial slur to identify the athletic team of a high school,” he said. “If Walmart does take a stand, then we think that will help to communicate to the people who live in Paw Paw that not everyone shares the belief that this type of racism is acceptable.”

At this time, Fancher said the ACLU has no plans to take legal action against the company. But, it's still a significant case for the organization because the ACLU has documented several incidents in Paw Paw's school district that suggest racial tensions. Eventually, these incidents can be compiled to build a federal and state civil rights case against the district.