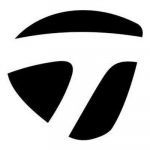 TaylorMade has created golf equipment since 1979. (Image via Twitter)

Twenty years ago, Adidas, through its $1.4 billion purchase of French equipment maker Salomon, began to position itself as a major player in promoting golf, with the TaylorMade brand proving the catalyst. The 2008 and 2012 acquisitions of Ashworth and Adams Golf for $72.8 million and $70 million, respectively, helped the company even more, leading, in the latter year, to sales of $1.7 billion. Yesterday, however, with receipts having fallen by more than two-thirds, the entity, having announced a year ago that it wanted to try to make financial amends based on annual losses between $75 and $100 million, sold the trio for $425 million.

The corporation posted a release on its Adidas Group website, declaring that around half of the cost will come via cash, with buyer KPS Capital Partners, LP relying on “a combination of secured note and contingent considerations” to finalize the amount.

“TaylorMade is is a leading global golf brand with an exceptionally strong market position,” Kasper Rorsted, the group’s chief executive officer, said. “We would like to thank all TaylorMade employees for their many contributions to our company and wish them all the best for a successful future under their new ownership. At the same time, we welcome all adidas Golf employees who will be integrated into our adidas Heartbeat Sports Business Unit.”

The page also noted that the completion of the transaction likely will occur later this year, but no matter what the calendar will read, fans who love to emulate such stars as Dustin Johnson, Rory McIlroy, Jason Day and Sergio Garcia, all Adidas equipment signees, will need to alter their imaginations. Johnson, the sport’s top-ranked player, and Garcia, the sixth-ranked professional and recent Masters winner, will, according to The Sporting News, retain allegiance to Adidas by donning TaylorMade shoes and supplemental apparel.

The decision to ditch the realm of equipment sales places the Germany-headquartered enterprise in elite company, as Nike suspended the production of items in August and national retailer Golfsmith filed for bankruptcy a month later. An ESPN examination of the Adidas move notes that although first-time golfer tallies hit a record 2.5 million last year, keeping the newbies courting clubs and related gear has proven difficult. Adidas, whose holdings include Reebok, will, according to Rorsted, focus on its “core competencies in footwear and apparel.”

Coworking Together & Scaling Your Business in Today's World