In the soccer world, the word "plastics" usually comes with a negative connotation meaning a bandwagon or faux fan. But, in this case, Adidas is associating plastics in soccer with environmentally conscious jerseys.

Sportswear companies are starting to look for ways of repurposing materials into apparel and footwear. Adidas, especially, has been on the forefront of this trend. Before, the company used recycled plastic from the Indian Ocean for Real Madrid jerseys. Now, they're practicing the same environmental ethics for U.S. soccer by making MLS jerseys from recycled plastic from the Pacific Ocean.

Adidas made uniforms (or kits, if you're more of a fan of European football) for New York City FC, Orlando City, Los Angeles Galaxy and Seattle Sounders made from plastic intercepted by Parley ocean clean-up operations in the Maldives, according to the MLS. 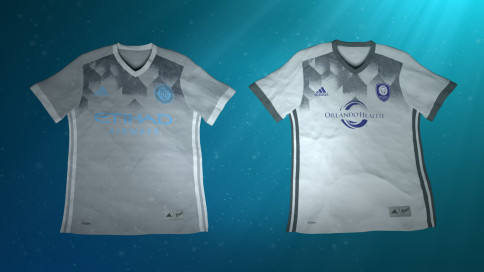 New York City FC and Orlando City will wear these uniforms on Sunday. (Image via MLS)

"Every second breath we take is generated by the oceans," Cyril Gutsch, founder of Parley for the Oceans, said in a statement. "Now is the time to negotiate peace with our life support and to invent our way out of this mess. Soccer can lead the way. It shows what we can achieve with the right balance of creativity, collaboration and technology."

The teams will wear the uniforms this Sunday, when NYCFC faces off against Orlando City, and LA Galaxy hosts Seattle Sounders. 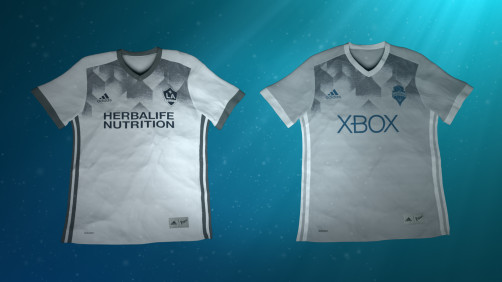 The uniforms are made of ocean plastic recovered in the Maldives. (Image via MLS)

All of the uniforms feature a grayscale color scheme with each club's respective colors on the sponsor logo and badge. They also all feature "For the oceans" on the back neck tape.