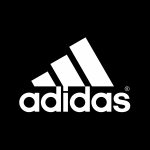 Adidas announced that it is pulling its sponsorship of International Association of Athletics Federations (IAAF), the world's governing body for athletics (track and field, cross country running, racewalking, mountain running, and ultra running), after a doping scandal involving international athletes.

According to RT, Adidas signed an 11-year, $33 million agreement with IAAF in 2008, but after a period of scandals, including the suspension of three Russian Olympic runners on doping allegations, the German sportswear company is ending its deal early.

BBC reported that both Adidas and IAAF referenced an ongoing "reform process" during the doping scandal in statements, with the IAAF also stating that it would remain "in close contact" with Adidas despite the separation.

BBC also estimated that IAAF would lose more than $30 million over the next four years as a result of this split.

British Olympic gold medalist Darren Campbell told BBC that this news would greatly impact the sport athletics as a whole.

"It's one thing to say we won't be renewing our contract after 2019, but to actually terminate your contract now, seven, eight months before the start of the Olympic Games, this is huge," he said.

Rob Wilson, a financial expert, told BBC that this decision would hurt IAAF much more than Adidas. Despite the fact that sponsorship is integral to the company's success, it finds more lucrative sponsorships in other sports.

"It is fair to say the impact of athletics sponsorship is declining, and they are moving toward football as a more important area of growth," Wilson told BBC.

As of now, it is unclear whether the IAAF will take the matter to court, though BBC believes that Adidas is preparing for the possibility.