Despite its cultural and historical clout, which last year led CNN Travel to dub it “the world’s greatest city,” London is not above admitting that it can be an impressionable city. Proof of that comes from the recent announcement by its Metropolitan Police Service that it will follow an example set mainly by the New York Police Department (NYPD) by selling branded promotional products. Soon enough, residents and travelers will have their chance to give an economic nod to the Scotland Yard-headquartered justice upholder.

Much like its American counterpart, “the Met,” as Londoners have come to christen it, will be issuing the goods as a reaction to negative circumstances. With regards to the NYPD, the Sept. 11, 2001 terrorist attacks compelled many proud Big Apple inhabitants to want to show respect to the individuals who had aided our country on that dire day, with some such civil servants having paid the ultimate sacrifice.

That interest in acknowledging their efforts led to the production of knockoff items, thus encouraging the protection of force-specific trademarks. Thanks to that, the New York City Police Foundation has gone on to make available various goods through more than 50 multiyear license agreements. Whether the Met comes to enjoy such success might certainly be on the minds of overseers already, but one could presume their main goal is using the impending items to offset frontline policing budget cuts. 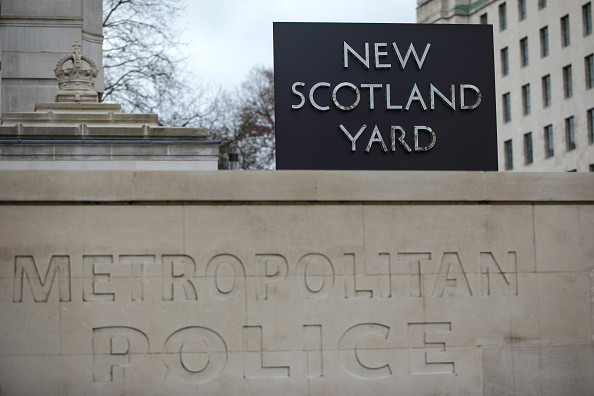 With respect to those, the Mayor of London’s office has said the Met has suffered through about $917 million in budgetary reductions over the last eight years—with police commissioner Cressida Dick tabbing them as contributors to London’s rise in violent crime—and must trim another $414 million by 2021. Perhaps that timeline inspired Scotland Yard to team with the branding firm The Point.1888 on a project that will run through May of that year.

Through their agreement, the latter will look to nail “long-term sustainable licensee partnerships across a spectrum of select retailers.” If The Point.1888 does so, and one would have to think it already has reputable options in mind, it will help the police force through charms such as clothing, toys, games, homeware, souvenirs and stationery, with proceeds going toward the sustenance of frontline police services and staff training, along with outreach to the masses about the force’s vitality, with the last element being a way to try to increase its future talent pool.

The promotional push, which will have items that feature the Met's logo and font, the New Scotland Yard sign and images of officers on patrol, will have a very important limitation, as the Met announced that “Absolutely no products will be produced which directly reflect the uniform of the Metropolitan Police Service, and any products which attempt to do so will be charged with intellectual property infringement.” The overall campaign will certainly not be the be-all, end-all that overcomes the aforementioned second round of budget slashes, but it will definitely look to promote pride in the Met at home and perhaps abroad if The Point.1888 lands international contracts. If so, Londoners might have additional cause to be chuffed and gobsmacked over what the Met means to their beloved city.

Fashion Lessons from Baseball: Trucker Caps Are In (And So Are Holes In Your Shirt Apparently)
Comments
The Top Lists