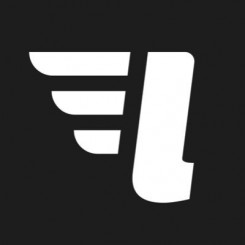 Now that the calendar has turned to November, college football fanatics will intensify their scrutiny of every play as teams vie for spots in conference title tilts and the four-squad playoff that will yield the national champion. Meanwhile, college basketball buffs will hope their contemporaries fulfill estimations of their talent or surprise a few prognosticators. Each sport’s plotlines will definitely feature mentions of the Ohio State University Buckeyes, whose pigskin performers again find themselves pushing for a prime postseason invitation and whose hardwood competitors will welcome a new coach following the June firing of long-time head man Thad Matta. No matter how many wins the Columbus clubs amass, their institution figures to remain an athletic and marketing titan, with the school using that combination to defeat one of its own in an apparel-centric lawsuit.

Owing to its status as the nation’s third-largest higher learning location and because of the success of the aforementioned programs and many others, the site obviously has many trademarks and identifiers to protect, and went after 2005 alumnus Brandon Fuss-Cheatham in June, contending that his Lamp Apparel profited by infringing upon its notable symbols. Legal battles are nothing new for the school, even when it comes to countering actions by those who have walked its hallowed halls. With respect to Fuss-Cheatham, who opened his store three years ago, the university did not need to engage in a lengthy duel, as the Columbus Dispatch reported yesterday that the graduate intends to destroy the offending products by Monday, exactly a week after U.S. District Judge Michael H. Watson signed a permanent injunction.

Fuss-Cheatham, who came to Columbus as a promising backcourt contributor, will not need to dish out cash to his alma mater like he distributed assists to his teammates, but the decision could be a big blow to his business, which, according to the Dispatch, had taken down items bearing official Ohio State University trademarks from its eponymous website as of Aug. 31. Being that it sells its own creations, which it even included in a retirement party for Matta, Lamp Apparel will definitely need to revamp its approach, especially given its close proximity to the Ohio State University, and perhaps that will be a slam dunk for Fuss-Cheatham.

There are definitely some morals to take from this matter. An obvious one is that regardless of someone’s connection to his or her college or university, said institution will likely take every precaution to make sure that its trademarks receive the respect to which the law entitles them. The other, perhaps more sobering lesson, is that a person should really be careful with devising designs or products. Lawyers love helping bigwigs to take supposed rights violators to court, and while some cases go the way of the defendants, high-profile plaintiffs have no problem putting adversaries through the ringer. It’s not even apt to say one should avoid waking a sleeping giant because no prominent entity ever keeps both eyes closed in the first place. In short, be very careful.