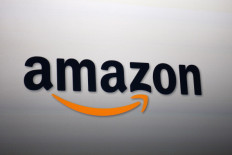 In the race for apparel world dominance, Amazon has powered its way to the top. The e-commerce giant has created its own apparel lines, swooped in on major sports brands and engaged the power of customer data to edge out competition. But it looks like the company's rapid apparel growth might have led to one major problem: counterfeits.

According to CNBC, the American Apparel and Footwear Association (AAFA), which represents more than 1,000 brands, said certain Amazon sites should be added to the U.S. government's "Notorious Markets" list. The annual list tracks commerce sites and companies that are known to sell counterfeit goods.

"Amazon has been a leader of, and has made valuable contributions to, the future of retail," AAFA said in a statement. "We believe Amazon can, and should, be a leader in the fight against counterfeits."

The U.S. Trade Representative releases the Notorious Markets list every year to identify physical and online retailers with known cases of copyright piracy, trademark infringement and counterfeiting. While Amazon has remained off the radar thus far, the AAFA is suggesting that the company's sites in the U.K., Canada and Germany be flagged for this year.

Amazon has stated that it has a zero-tolerance policy for counterfeiters and fraudulent sellers, but with its offerings continuing to expand, it has become increasingly more difficult for the company to monitor and police the fakes.

In response to AAFA's claims, Amazon released the following statement:

We invest tremendous resources to protect our marketplace from inauthentic goods and will continue to work with AAFA and its members to protect their intellectual property and our customers. Amazon takes a global approach to our anti-counterfeiting efforts and have a global team that is available 24 hours a day, seven days a week to respond to and take action on reported violations and notices of potential infringement. Amazon investigated and took action on 95 percent of all worldwide notices of potential infringement received from Brand Registry within eight hours and brands in Brand Registry are finding and reporting 99 percent fewer suspected infringements than before the launch of Brand Registry.

This issue could pose huge hurdles for Amazon in the future. When retailers sign on to sell their goods on Amazon, they are trusting that their intellectual property is protected, and that they won't have to compete with counterfeiters. Plus, counterfeit goods hurt brand reputation and overall consumer sentiment. More retailers are signing on the dotted line to work with Amazon. Even Harley-Davidson announced this week that it will sell its merchandise through the online platform. We'll see if Amazon can keep the fakes under control.