“Fashion is an inseparable part of music and culture, and with the addition of merchandise to the Amazon Music app, we’re making it easier for artists to connect with their fans through our app,” Sean McMullan, Amazon Music’s director of artist product and services, said in a press release. “It’s long been Amazon Music’s mission to strengthen the connection between artists and fans, and today’s launch furthers that goal by uniting streaming audio, music videos, live streams, podcasts and now mercy under one roof for the first time.” 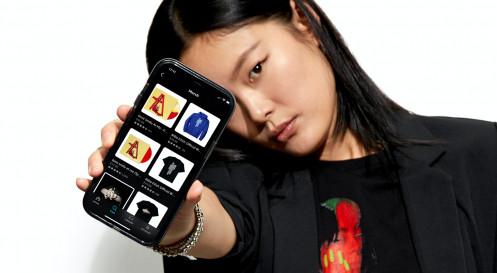 This is something that other music-adjacent services, like ticketing apps and video platforms, have done. Spotify, Amazon's chief competitor, has also done this already. So Amazon isn’t breaking much new ground.

But, from a branded merchandise perspective and in the context of Amazon’s continued growth within the space, there are some additional aspects to consider. It's not clear if Amazon is merely hosting a curated collection of artist merchandise produced elsewhere or creating the exclusive merchandise using its Merch by Amazon capabilities (or some combination of the two).

If it is creating the merchandise, it would mean that all products are designed, printed and sold within the Amazon umbrella, potentially taking away a revenue from traditional printers and decorators, who have relied on e-commerce in the absence of touring and in-person events.

Like most things, Amazon is also aware of that space in the market. And bringing in acts who have taken a financial hit without being able to tour, offering them exclusive merchandise lines through Amazon, makes sense.

“Since the pandemic has temporarily eradicated the merch table, we’re really excited to have developed an exclusive collection of offerings with Amazon Music to bring the mercy table directly to our fans,” Weezer said in a statement. “We can’t wait to see everyone back on the road when it’s safe to tour again.”

The initial product launches include T-shirts, phone cases, tote bags, sweatshirts, notebooks and more across a roster of artists like Metallica, Pentatonix and Queen. The merchandise is available outside the Amazon Music app as well, at Amazon's "Artist Merch Shop" page.

At this point, we will issue the usual disclaimer about Amazon’s growth into various promo markets. It’s not going to take away the merch table revenue. Bands will not all flock to Merch by Amazon to print their tees for tours. One thing to note is that these are pretty much the top tier of musical acts right now. There are countless other bands and artists who Amazon will never once hear of, let alone work with. The business will still be there for apparel decorators.

But, as with all things nowadays, when Amazon gets involved, it's worth paying attention.