According to Sourcing Journal, Amazon just officially overtook Walmart as the most-shopped retailer for apparel. The findings are a reflection of shoppers, and not sales. This comes from a Coresight Research study that found that 54 percent of respondents bought clothing or shoes on Amazon in the past year, compared to 47 percent who purchased at Walmart. Target placed third. 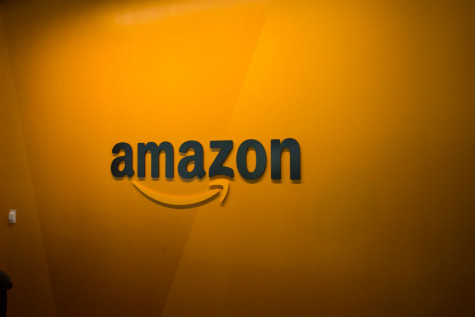 Coresight attributes this shift to Amazon's focus on its fashion and private-label offerings. The research firm also found that 15 percent of shoppers between the ages of 18 and 29 would be interested in physical Amazon stores.

Amazon has been in a close race with Walmart for awhile now, but with so many Prime subscribers, it's not a huge surprise that Amazon has carved out a large following. With more and more brands being added to Amazon's apparel inventory, like Nike and Adidas, it's easier than ever to make an apparel purchase.

It's uncertain if Amazon has any plans for brick-and-mortar stores beyond their quick-shop Amazon Go locations, but that might convert older shoppers who shy away from the online experience.

Peloton Teams Up with Athleta, Hill City for Apparel Capsule