Amazon's Apparel Business Could Turn a Profit Next Year 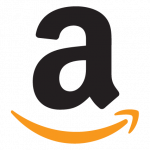 "When we see gaps, when certain brands have actually decided for their own reasons not to sell with us, our customer still wants a product like that," Jeff Yurcisin, vice president of clothing at Amazon Fashion and CEO of Shopbop, told Quartz.

Do you think Amazon's fashion business could compete in the apparel industry? Let us know in the comment section below.