American Airlines’ Logo Is Too Basic to Copyright, Apparently

Already the owner of a registered trademark for its logo, American Airlines Inc. has been vying for copyright registration since 2016. Having met with rejection once each in 2016 and 2017, the world’s largest airline could not prove earlier this year that the third time is the charm, as the U.S. Copyright Office again grounded its aspirations. Tired of the creative turbulence that it is facing at the hands of the Library of Congress entity, the frustrated hopeful is suing its would-be helper over a refusal it has dubbed “arbitrary, capricious … and an abuse of discretion.”

One would think, given American Airlines' clout, that acquiring such copyright protection would be no problem for the airline, but its five-year-old logo has not convinced the government body that it possesses the sort of originality that the latter looks to preserve. While anyone could argue that every insignia, logo, emblem or other item used to represent a product or business has inherent uniqueness, the Copyright Office is not buying that argument, essentially deeming the American Airlines’ signifier devoid of creativity.

In fact, the Copyright Office noted back in January that though it does not require an abundance of novelty for a concept to receive protection, a bar does exist and potentially protected ideas “cannot glide over even its low heights.” We cannot overlook that the winter dismissal throws in an aerial pun in having stymied American Airlines again, but wordplay aside, the embarrassed airline is hoping to soar to new heights (OK, we fibbed about moving beyond puns) regarding its branding. 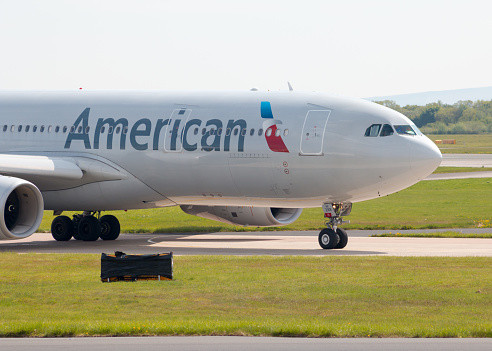 As for the questionable logo, American Airlines is contending that its “Flight Symbol,” which is the product of an award-winning designer, “easily possesses the modicum of creativity necessary for copyright protection.” The handiwork, though, consists of an “exceedingly common” merger of red, white and blue shades, according to the office, and even its inclusion of an eagle to suggest air travel lacks “original and creative” execution. Ouch!

Given the nature of its legal adversary’s work, American Airlines is looking to prove that the Copyright Office is dealing with cloudy thinking, as it is prepared to say—through its Texas-filed complaint—the resistance provider has granted copyright registration to applicants with ideas that are no more “and in many cases, less” original than its 2013-issued logo, including the National Football League's Lombardi Trophy.

Interestingly, the Copyright Office is not the only one unimpressed with the creative concept, as Massimo Vignelli, the designer of the 1967 American Airlines logo that preceded the now-maligned one, immediately disliked it upon its implementation. While someone could claim he engaged in a bit of sour grapes since American Airlines had decided to move on from using his work, the backlash from the Copyright Office seems to indicate that, at least from its standpoint, the flight bigwig is not being faithful to its “Going for Great” slogan.