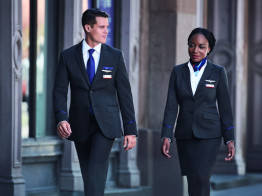 Hawker Vanguard sent a cease and desist letter to CEO Doug Parker about the uniforms in question after he received rashes and other issues.

"I want Mr. Parker to recall these uniforms immediately because it's in the best interest of all the employees—we're talking 80,000 frontline employees including the pilots who fly the planes," Vanguard said, according to ABC 15 Arizona.

We'll see if Vanguard's stand is enough to incite a company-wide uniform recall, but if one thing can be said about this American Airlines uniform debacle, it's that it's a slow-moving process.