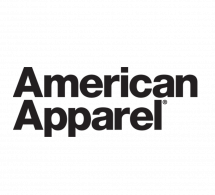 The past several years have been rough for American Apparel. Following the expulsion of disgraced founder and CEO Dov Charney for alleged acts of sexual harassment, the company filed for bankruptcy twice before being purchased in January of 2017 by Gildan Activewear.

Under new ownership, it seems that American Apparel has left the hard times behind. Though all of its brick and mortar stores have been closed, the brand’s site is up and running with the support of a new, restorative advertising campaign dubbed “Back to Basics.”

The campaign, spearheaded by the brand’s first ever all-female team of executives, comes as part of a rebranding effort for American Apparel. New ads renew the brand’s trendsetting image while leaving its troubled past behind. Considering the allegations against Charney, American Apparel’s advertising certainly needed a reboot.

In the past, the brand was known for its use of young and even prepubescent looking models posing in sexually suggestive positions. Though its ads were controversial, the brand remained popular in part despite any backlash. This all came crashing down in 2014 with Charney’s departure, as revelations of his behavior cast the brand’s advertising in a new light.

With the “Back to Basics” campaign, American Apparel is making a notable effort to avoid repeating its former mistakes. Models are now required to be over 18, and it seems that the brand is mostly looking for models who are 25 and over. The goal of the new campaign is to appeal to female sexuality from a position outside of the male gaze. While this is in stark contrast to the brand’s advertising under the supervision of Charney, it is important to realize that the goal of “Back to Basics” is not to distort or conceal the past.

Sabina Weber, head of brand marketing at American Apparel, commented on the need to change the brand’s portrayal of sexuality without obscuring its deplorable history. “We don’t believe in covering up,” she said in an interview with Adweek. “Women feel so conflicted about being sexual right now, but we’re taking a position to still be sexy, unapologetically so, but from an empowered female perspective.”

In order to portray this female perspective, the brand is featuring ads with men and women in equal amounts of clothing and in similar poses, as well as models with body hair. With its “Back to Basics” campaign, American Apparel is doing its best to address its past without covering it up. Time will tell if this approach can help the brand to rise above it.