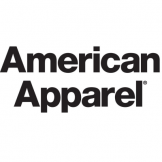 Basically, according to Retail Dive, this move solidifies that the company's creditors are satisfied and that its assets are distributed appropriately.

While its wholesale and many of its manufacturing assets are spoken for following the company's proposed acquisition by Gildan Activewear, the fate of the company's retail stores still hangs in limbo.

A few of them, however, received bad news.

The Street reported that American Apparel plans to close nine stores, including locations in New York City and Washington, D.C., before the end of the month.

"Based on discussions with bidders and in light of the [stores'] financial performance, the debtors do not believe the [stores] will generate any value in a going concern retail sale," the company said, according to The Street. "Rather, these stories are likely to be left behind by any retail purchaser."

So, things aren't looking good for the retail side of American Apparel as its acquisition nears finalization.