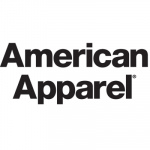 Before Los Angeles-based American Apparel filed for bankruptcy last month, the company sent about 250,000 lbs. of fabric to Tri-Star Dyeing and Finishing Co., Santa Fe Springs, Calif. After doing some of the work before the bankruptcy filing, Tri-Star initially refused to dye the rest of the fabric until American Apparel paid a $100,000 invoice for the fabric it had already finished.

In a complaint dated Dec. 15, American Apparel said that the fabric was worth $500,000, and was needed to complete orders promised to Gildan Activewear Inc., the frontrunner in the race to acquire American Apparel's intellectual property rights and wholesale merchandise.

According to Apparel News, American Apparel contacted Tri-Star after filing for bankruptcy protection, and explained that it couldn't immediately pay the invoice. In response, Tri-Star tried to increase the price by adding a $1 per pound surcharge until the payment reached $100,000. In some cases, this surcharge was a 150 percent increase over the normal price.

After rejecting the surcharge price and requesting its fabric back, American Apparel reported that it worked out a deal with the dyeing company.

But, it's not all happy endings for American Apparel this week.

The company got approval from a bankruptcy judge to close nine of its retail locations around the country, including stores in the Tribeca neighborhood of New York City; the Georgetown neighborhood of Washington, D.C.; Seattle, Atlanta; Dallas; Burlington, Vt.; and Memphis, Tenn.

This will bring American Apparel's total U.S. stores down to 98, but is expected to raise $600,000 from clearance sales.