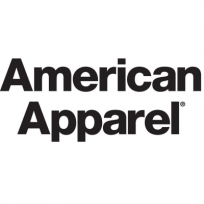 American Apparel has been making headlines this month thanks to its bankruptcy filing and subsequent sale to Gildan Activewear. But, it seems the headlines keep coming, according to The Fashion Law. The company's scanner equipment supplier, iTek Services Inc., has demanded $6,000 in unpaid bills in order to ship the scanning equipment American Apparel ordered.

Without the scanning equipment, the clothing company claimed its Black Friday and Cyber Monday sales would be at serious risk. However, iTek Services said it wouldn't budge on the price. American Apparel hoped a judge in U.S. Bankruptcy Court in Delaware could convince iTek to drop its demand for payment because "irreperable losses" to its staff would occur, and subsequent "grave" consequences for American Apparel's estate would follow.

No word on whether or not the judge ruled in American Apparel's favor, but it will be interesting to see if Black Friday and Cyber Monday sales were affected.