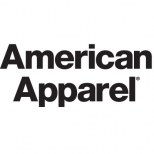 Workers in American Apparel's Los Angeles factory say they've received written notice that they will lose their jobs on Jan. 7 unless the new buyer of the company (which looks to be Gildan Activewear at the moment) elides to continue manufacturing from the building.

"We were told we have jobs until the 7th of January," Elvira Cabrera, an American Apparel employee, told Apparel News. "After that, they are going to lay off people."

Based on what we know of the acquisition so far, it seems as though Gildan Activewear would maintain the Los Angeles factory space for the American Apparel brand, but, as the acquisition isn't final, there is still speculation.

Also, an American Apparel spokesperson told Apparel News that, in addition to the Gildan Activewear offer, it is only seriously looking at bids that involve domestic manufacturing in its plan—another reason for optimism from factory employees.

What is less clear, at the moment, is the fate of the company's retail stores. Gildan Activewear said that it isn't part of its overall plans for the brand, and wouldn't seek to acquire its retail assets, leaving them in limbo.

"Keeping our stores open and keeping inventory selling is a key part of successfully closing the deal and beyond," an American Apparel human resources officer told the company, according to Apparel News. "There continue to be ongoing discussions about what the retail business will look like in the future."

He added that, in addition to giving Gildan Activewear executives a tour of the facility this month, American Apparel plans to host additional tours over the next few weeks.

Should the buyer choose not to keep the Los Angeles facility, the employees will be eligible for unemployment benefits. If that's the case, the company will start giving them paperwork to fill out in January.

Gary Bell, vice president of corporate marketing and communications for Gildan Activewear, told Promo Marketing that he expects the auction for the company to take place around Dec. 21.

"And then, unlike many of our other acquisitions, the day that it's announced, whoever is the winning bid, you get the keys that day," he said. "And basically, the business starts."