American Eagle's New Hijab Sells Out in One Week

This past year, Muslim apparel has been making waves in the fashion world. Clothing retailers from Dolce & Gabbana to Nike have been releasing their own Muslim fashion pieces, and the results have been positive for these companies. Now, Refinery29 is reporting that American Eagle is the latest retailer to release a Muslim apparel option to great results.

While American Eagle tends to pump out college-themed clothing items, like rugby shirts and leggings, this move into the Muslim apparel world opened up huge sales potential for the brand. Within one week of offering its new denim hijab, it was sold out. 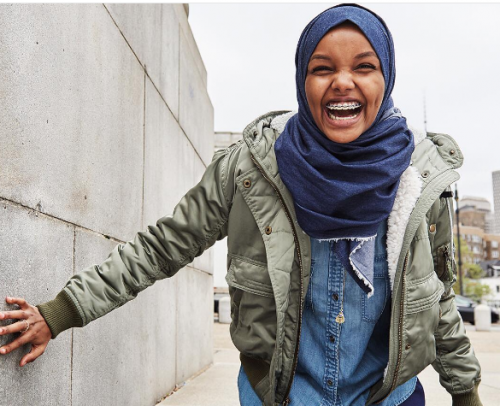 American Eagle worked with Muslim model Halima Aden, the first hijabi signed to IMG Models, for the campaign ads. Within a week of the campaign going live, the $20 online-only hijab sold out.

With so many retailers seeing success with Muslim apparel options, it seems these pieces are here to stay. Who knows? Maybe hijabs and Muslim fashion items will be the next promotional powerhouses.