APISource Inc., Lanham, Md., announced last week that founder Charles G. Brown has passed away. The following is a statement from the distributor. 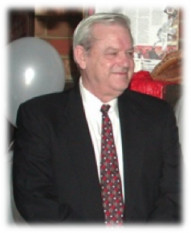 It is with great sadness and heartfelt sympathy that we inform you of the passing of APISource's founder, Mr. Charles G. Brown. Mr. Brown passed away peacefully with family by his side the morning of Nov. 21, 2018.

Charles, or Charlie, as we all know him, opened the doors of Charles G. Brown Inc. in Marlyand, 1965. Operating as a sole proprietorship in the formative years of the company, Charlie eventually brought on additional team members, including his son Michael Brown and longtime friend Leo Boone, to help grow the business, which included a name change. Originally focusing on emblematic jewelry, Charlie and the team eventually added additional products and services to the API portfolio, including branded merchandise, screen printing and embroidery, to name a few. Over the years, API has continued to evolve into one of the top branded merchandise companies in the U.S., receiving top awards from both clients and respected industry publications. API currently sits at No. 31 on the Promo Marketing Top 50 Distributors list.

Always quick with a witty retort as well as an intelligent solution to any challenge, Charlie made an impression on whomever he met. Charlie was a mentor and friend to many, and kept an active role behind the scenes over the years, for which we are all appreciative and grateful.

Charlie is survived by his loving wife, Mary, and six children: Michael Brown and Sherrie (wife of Michael); Robert Brown; David Brown and Cindy (wife of David); Cindy Wendt and Pete (husband of Cindy); Jennifer Stone and David (husband of Jennifer); and Julie Brown. Charlie is also survived by his grandchildren, Michael, Lesley, Shelby, Hannah, Claudia, Hunter, Elliot and Lucas, as well as great grandchildren on the way.

We will have a celebration of life get-together at API, which is being planned now. Once plans are finalized, we will be sure to let everyone know, as you will all be welcome to join us for some refreshments and stories about Charlie.

In lieu of flowers, please consider making a donation to the American Cancer Society in Charlie's memory.

API would not exist if it were not for Charlie. The relationships that we have built with our clients, suppliers and friends on the API team all started with him. For that, we are eternally grateful.