According to the statistics, apparel and accessories were the most-counterfeited items, accounting for 20 percent of the total seized items. Consumer electronics was close behind, with just about 1,000 fewer seizures.

The report also indicated that 52 percent of seized items came from China, followed by 36 percent from Hong Kong. 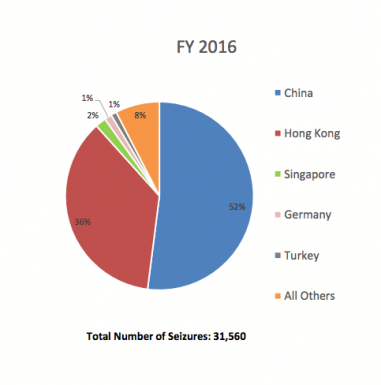 Related story: The Counterfeit Problem Is Bigger Than Any Parking Lot or Flea Market