Millennial pink might be the most popular shade of 2017, but pink is a huge miss in the hunting apparel world. According to USA Today, blaze pink, a legal hunting color in Wisconsin, hasn't been flying off the shelves at several hunting retailers. 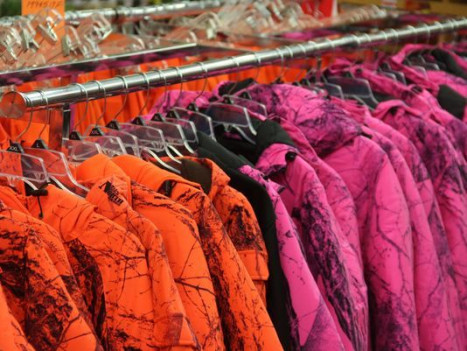 Blaze pink hunting coats are not selling nearly as well as its blaze orange counterparts. (Image via USA Today)

The color has faced a major backlash among its targeted consumers, with many considering it a joke or even downright offensive.

"I think it's really misguided," said Sarah Ingle of Genesee, president of the Women's Hunting and Sporting Association, and a hunter for about 25 years, according to USA Today. "Among the group of women I hunt with, we find it insulting and demeaning."

Cabela's, one of the state's largest outdoor stores, doesn't even offer the blaze pink hunting coats, and the retailers actually selling the coats have seen very little demand for the products.

"We haven't had a huge response to it," said Nate Scherper, vice president of Sherper's. "We've really had very few people looking to buy it.

"Most of our female customers prefer the orange over the pink," he continued.

Back in 2016, Wisconsin became the first state to allow blaze pink for deer hunting. Proponents of the bill hoped it would recruit new hunters, but so far, the results have been less than promising.

It looks like some industries are impervious to the pink trend, and deer hunting might just be one of them.