As most of us know and a few of us have proven, Andy Warhol noted that in the future, “Everyone will be world famous for 15 minutes.” With respect to businesses, proprietors certainly hope for a longer stint in the limelight, and many entities have built admirable tenures tending to consumer needs, with Coca-Cola checking in at 132 years of offering carbonated comfort. With such a lengthy history, the beverage behemoth, which Intrabrand last year ranked as the fourth-best global brand, has also won the favor of promotional items collectors, with more than 600 said devotees set to head to Iowa next week for their 44th annual convention.

Since end-users will always crave soft drinks, soda, one might contend, sells itself. But no matter anybody’s stance on the product’s nutritional value, there is something to be said for Coca-Cola’s history. The aforementioned fans will be heading to the Hawkeye State June 25-30, with the city of Bettendorf helping Iowa to mark its first hosting gig.

The Quad Cities Convention and Visitors Bureau has forecast that the Isle Casino Hotel occupants will bring about a $1.1 million boost to the local economy, and while that money will make city officials’ eyes light up, we are more interested in seeing how many peepers widen when guests inspect the variety of Coca-Cola promotional products that have since become collectibles. 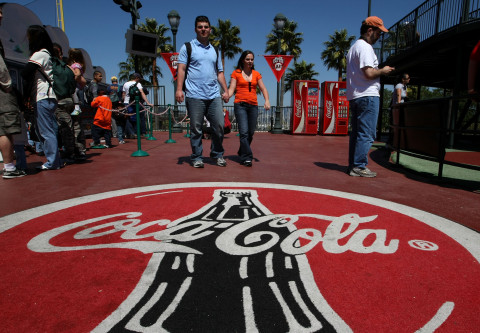 “If you have Grandma’s old tray you found in the attic or an old picture that your mom had hanging on the wall, come down and let the experts tell you the history of it and give [you] a free appraisal,” Coca-Cola Collectors Club president Bill Combs offered in a release. “Collectors who attend the conventions year after year always see something they have not seen before.”

That last element is quite a claim, but since Coca-Cola and its eponymous manufacturer have been around since 1886, it stands to reason that numerous goods have done their part to complement the various drinks that the company has introduced. Through items that the bureau has singled out, such as advertising displays, calendars and signs, attendees will have six days to inspect, sell and purchase the products while downing their favorite beverage.

Add to that opportunity standard and silent auctions, food events, contests, food gatherings and a riverboat ride, and we have further proof that promotional products can truly unify the masses and build a brand’s reach. After all, everyone knows how Coca-Cola tastes, but, as Combs contends, everyone has not seen the great supply of goods that the company has called on to intensify end-users’ appreciation of the drink.

In other words, yes, there are likely a few followers who would come just to hang out and gulp bottles of Coca-Cola if no collectibles were present. But Iowa, just as it proved to be in “Field of Dreams,” is going to be a bit of heaven for next week’s crowds—all thanks to promotional products. We can definitely drink to that.