Here's a very timely Valentine's Day poem for you:

This is something we've been monitoring for a while. Every time there are rumblings of a new iPhone, we wonder whether Apple will get with the trend (a trend it even partially participates in), and put a USB-C port on the iPhone rather than its Lightning port.

With the 2018 iPad Pro and multiple Macbook models using a USB-C port, we thought for sure we were inching toward a universal plug for all Apple products and beyond, but we were wrong. 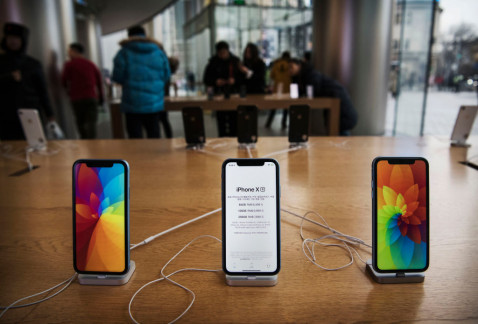 According to The Verge, we got pretty close, though. Apple reportedly tested "some versions" of this year's iPhone with a USB-C connector, but decided to stick with Lightning. This is more frustrating for people who have both iPads and iPhones and want to be able to charge everything with one plug. But, according to The Verge, there was a reason behind the iPad's switch.

Apple’s decision to stick with Lightning over USB-C wouldn’t be surprising. Yes, the iPad Pro made the switch, but now that Apple is positioning it as a laptop replacement, it needs to be made compatible with a variety of hubs and accessories that are meant for USB-C laptops. Meanwhile, the iPhone has no such ambitions, meaning it’s adequately served by its existing ecosystem of Lightning connector accessories.

But, come on now, is a universal plug too much to ask for? Even if it's the Lightning cable for everything, that's still just one plug, rather than making us all buy multiple dongles to charge everything. It sounds to us like Apple is in the pocket of Big Dongle.

This would have made producing and distributing charging banks and cables for iPhones so much easier in the promotional space. For now, we'll have to keep sticking to tech accessories with multiple adapters.