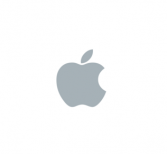 Recently, Apple unveiled its new iPhone 7, which removes the headphone jack—potentially revolutionizing the way people listen to music. Could it be that Apple is hoping to revolutionize the paper bag next? That's what the company's recent patent indicated, according to The Next Web.

"A paper bag is disclosed," the patent application stated. "The paper bag may include a bag container formed of white, solid bleached sulfate paper with at least 60 percent post-consumer content."

If you've ever dealt with recycled bags, you know that they're not as durable as alternative materials. But, it seems Apple already has thought of a solution. The patent-pending paper bag would include a container with a reinforcement insert, which would extend across the fold of the bag container. 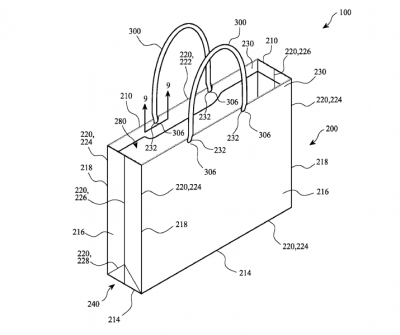 The bag handles will consist of knitted paper fibers in an eight-stitch, circular knit pattern to generate the feeling of a shoelace.

While recycled bags are nothing new, Apple could be the first to create a bag that is both recycled and heavy duty. It will be interesting to see if the U.S. Patent and Trademark Office approves the patent. If not, the advancements could be something all bag manufacturers could implement.