Apple and the Terrible, Horrible, No Good, Very Bad Week 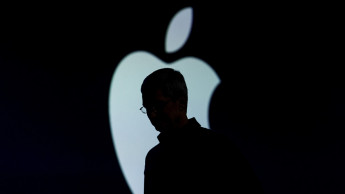 While most of us were enjoying the holidays, Apple found itself embroiled in a series of blunders and scandals that would make even the most festive of people wish for a swift end to the season of joy.

Two weeks ago, just before the Christmas holiday, it was revealed that Apple had installed software in its phones and tablets designed to hamper battery life and slow down devices. While the company claimed that the purpose of this software was to ensure that batteries did not suddenly shut off, the public was suspicious, believing that the design was meant to force people into purchasing new devices rather than replacing faulty batteries.

The magnitude of public outcry that followed was enough to force Apple to do what it almost never does: issue an apology. The apology was significant in itself, as the tech giant admitted wrongdoing and accepted full responsibility for the decision to slow down devices with older batteries, but the announcement that accompanied the apology was truly unprecedented, as Apple will be replacing batteries for $29 instead of the usual charge of $79 for the next 12 months. Talk about contrition…

Hot on the heels of this scandal comes the news that Kon, a Chinese clothing company, is suing Apple over the striking similarity between the apparel business’ logo and Apple’s new design for its App Store symbol. The lawsuit for copyright infringement, filed in the Beijing People’s Court, should be met with a decision in the next few weeks.

Judging the logos side by side, things don’t look too promising for Apple, as they are nearly identical. Kon may be able to use this similarity to argue that the public could confuse the brands to a degree that they believe that Kon is affiliated with or owned by Apple. If the court finds this to be likely, Apple may find itself with yet another loss.

But wait, there’s more. After realizing that there was no trademark on the name of Apple’s cofounder, Steve Jobs, two Italian brothers named their clothing company after the man. The company has been battling Apple since 2012 over international use of the name, and though the European Office for Harmonization of the Internal Market sided with them back in 2014, they have recently been granted the right to use the name internationally and to speak publicly about the court battle.

There are perhaps a few lessons to be had here from a business standpoint. First of all, not even the largest and most successful of companies is above the law. Nowadays, businesses are copyrighting and trademarking anything they can in order to protect their intellectual property. Apple may not have purposefully copied Kon’s logo, just as they may simply have failed to notice that Steve Jobs’ name wasn’t protected. These things happen, and no company is immune to oversights and mistakes. However, the combination of these incidents, in addition to the battery scandal, shed light on what seems to be carelessness at the core of Apple’s image and interaction with the public.

It’s possible that these incidents may be coincidental, but if the opposite is true, if these are signs of Apple’s failure to keep up with the sheer speed and magnitude of its success, then this could pose a major problem for the company going forward. Despite its value, Apple can’t afford to keep losing public legal battles while also hemorrhaging public trust.

With consumers, confidence is key. If Apple can’t control its own logos, brand names and intellectual property, there’s no way that the public will be confident enough to blindly follow a company that has admitted to purposefully hampering its devices. Hopefully, this series of missteps will lead to some actual change, or else these holiday blues could haunt Apple for a long time to come.