New Beats by Dr. Dre headphones could be a good indicator of what wireless headphones will feature in the near future, as more smartphone products are ditching the headphone jack and wireless systems grow in popularity.

Apple made the news on the release of its iPhone 7, which was the first model to do away with the headphone jack in favor of its proprietary Lightning jack. Speaking of Apple's property, the tech company bought Beats by Dre in 2014. So, these new headphone products are specifically tailored for iPhone users.

According to a press release, the new Beats Studio headphones includes an Apple W1 chip, which allows for proximity pairing and "seamless switching between Apple devices." 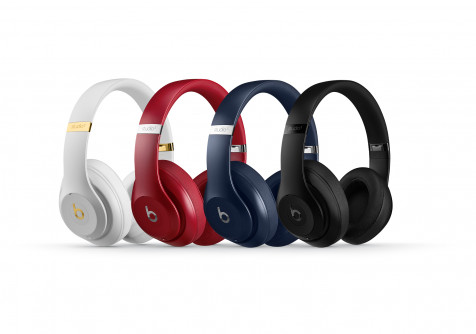 The new Beats Studio 3 headphones include a chip for wireless pairing with iPhones.

"Beats Studio3 delivers with a level of sophistication in both technology and audio fidelity beyond anything we've ever brought to market," Luke Wood, president of Beats by Dr. Dre, said in the press release. "Since our brand's inception, we've strived to fix the degradation of sound heightened by the commodification of consumer electronics. Now, with the right vision, team and resources, we see technology enabling the perfect sound experience in Studio3."

Apple has long been a trailblazer for the rest of the consumer technology universe. The iPod revolutionized the way we listen to music, the iPhone changed the game for cell phones, and the omission of the headphone jack has been both copied and mocked.

While that last decision was, according to some, ill-advised, there's absolutely no denying that wireless headphones are more popular than ever, and seem like they're only going to increase in popularity.

By creating a product with a strong wireless link, especially for a specific smartphone product, it appeals to the iPhone faithful the same way a Mac laptop would—it creates the opportunity for devices to work together seamlessly.

As Bluetooth headphones grow in popularity in the coming years, it wouldn't shock us to see more companies develop products that play nice with specific consumer products.