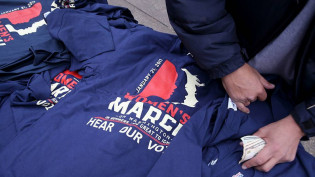 From "Nasty Woman" T-shirts to "She Persisted" baseball caps, we've seen a huge uptick in feminist apparel items. And while many of the T-shirts donate proceeds to human rights organizations, there might be issues with human rights at the manufacturing level.

Activist apparel has always existed, but according to Vice, it's never existed at this level, with the possibility for overnight mass production. Amy DuFault, ethical fashion activist and director of communications at the Brooklyn Fashion and Design and Accelerator, has been looking into the sourcing of these feminist T-shirts.

The Washington, D.C. march organizers listed on their website that all merchandise items were "made in and printed in the USA." The U.S.-based company that made the official merchandise, Bonfire, confirmed that all march apparel was made in the U.S., and specifically, it was U.S.-made inventory from American Apparel, Bayside Apparel and Royal Apparel. 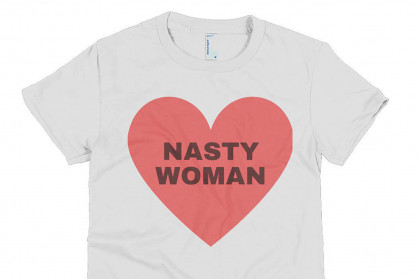 But, when it comes to less official feminist merchandise, it's been harder to track the manufacturing sources. DuFault reached out to multiple New York Fashion Week participants and designers for information on their clothing manufacturers, and received limited responses. Designer Jonathan Simkhai said the shirts were "produced by a small business in the U.S.," but provided no further clarification. Designer Prabal Gurung said its T-shirts were sourced locally in New York City with workers earning fair and equal wages. Rock Roll Repeat said its T-shirts were assembled in Nicaragua with U.S. components in a Worldwide Responsible Accredited Production-certified, sweatshop free facility.

However, Planned Parenthood and designer Christian Siriano did not release a comment.

For suppliers and distributors of promotional apparel, you know how important it is to check your supply chain. If you don't, you could end up with PR issues like these on your hands, and it's your business that will suffer the consequences, not the factories.