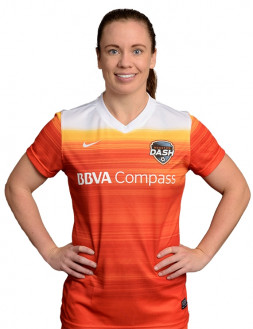 While it might seem innocent that Nike recently unveiled its latest National Women's Soccer League jerseys exclusively in women's sizes, Fansided is raising another possibility. Perhaps the implication in only offering women's sizes is that men don't care to support women's professional soccer.

Any male fans of a women's soccer team will be out of luck if they want to purchase new Nike replica jerseys. And this isn't the first time Nike has pulled this stunt, either. Last year, Nike released a men's version of the two-star jerseys for anyone who wanted to support the U.S. Women's national team during the World Cup, but since the U.S. team actually won the 2015 Women's World Cup, Nike has not released a three-star jersey for male fans.

Nike even proclaimed it would sell the three-star jerseys mens' and women's at Dick's Sporting Goods, but those who preordered the men's sizes were told via email a month later saying the men's jerseys were discontinued.

While this might generate the assumption that Dick's didn't sell enough of the jerseys in advance to warrant their release, Vice Sports points out this was not the case.

"Information that I'm currently getting is that the jerseys sold out, so the notion that we didn't offer [the jerseys] is incorrect," a Nike spokesperson said.

Nike is also under fire for the women's cut, itself. Fansided noted that the women's jerseys being sold aren't actually the "authentic" cut that the athletes, themselves, wear. Instead, the V-neck is deeper, which raises a handful of other questions about what Nike really thinks of its female fans.