This year looks a little different for the Arizona Coyotes. In addition to getting a branding facelift for its apparel and merchandise, the team is also temporarily skating at Arizona State University's Mullett Arena.

Though the facility is smaller and maybe not up to what the pros (and fans) are used to, the team is still finding ways to have fun, like a mullet wig giveaway for the home opener.

If you're going to play in an arena named Mullett Arena, in a sport once known for its players rocking incredible mullets, you have to lean into it.

Ready to rock the Mullett. 🤘

Fans at tonight's Home Opener will get their own mullet wig and Kachina shirsey, presented by @PlayAtGila. pic.twitter.com/7LOuUlfSAX

Fans who made it to the arena on Oct. 28 received a wig headband, as well as a T-shirt featuring the retro Kachina logo, which the organization has started using again. 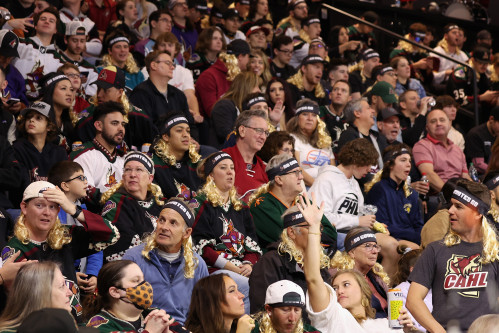 It's definitely a little more creative than your average magnet calendar.

Like we said up top, the Coyotes are really making a strong branding push, having hired fashion designer Rhuigi Villaseñor as creative strategist. The team is trying to think bigger than just using hockey to attract fans.

Especially since the team is temporarily playing in suboptimal conditions, doing something wacky and creative like a wig, as well as a T-shirt which has a lot more everyday use, is good thinking. 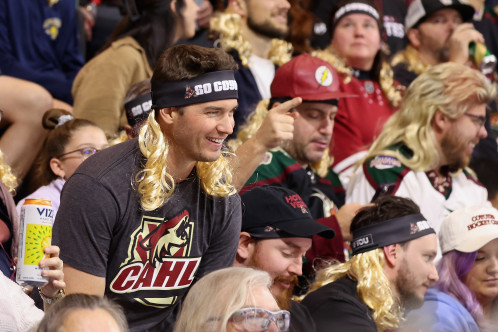 If a mullet wig is part of your everyday wardrobe, though, no judgment here.