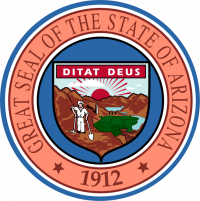 It's been a debate that's picked up steam in Canada, and now as more states legalize marijuana it's a growing debate here, too.

The House Commerce Committee of Arizona's House of Representatives unanimously approved a bill last week that would prohibit Arizona dispensaries from selling marijuana products that are packaged or labeled in a way that would attract minors. Think about cereal boxes, with cartoon mascots and attractive colors, or even celebrity-endorsed products on billboards and TV.

Some dispensary employees think they're already doing enough to deter minors, but they aren't wholly against the idea.

"We don't have any products that have any cartoons, pictures of kids or anything like that," Katie Rosso, a budtender (yes, that's a real term) at Midtown Roots in Phoenix, told Downtown Devil. She added that the bill would "minimize the number of children that could confuse medical marijuana with candy."

The bill's sponsor, Rep. Vince Leach, called it a "common sense bill," because it would protect children from accidentally ingesting marijuana products.

"We just had a case in Glendale last week where a child had to be treated by first responders for ingesting medical marijuana," he told Downtown Devil.

The thing is, there's not much data to backup the bill. The best argument to be made is that it is, in fact, a "common sense" case, since there's not a lot of data to show how often kids are accidentally ingesting marijuana.

"We don't see alcohol that looks like Yoo-hoo and have a label similar to Yoo-hoo, or have packaging that looks similar to Coca-Cola," Maricopa County Attorney General Bill Montgomery told Downtown Devil. "A gummy bear or gummy worm that is filled with marijuana or packing that makes it look like Reese's Cups or a Snickers bar are the items that are necessarily going to have a similar attractive quality to them."

Legislation like this would be a thorn in the side of retail marijuana companies, though, especially in places where recreational marijuana. In cases like that, in places like Colorado and California, it no longer becomes "medicine" necessarily.

In Canada, one company especially was opposed to Prime Minister Justin Trudeau's assertion that marijuana products' marketing should be heavily restricted.

As we reported before, some companies specifically wanted those celebrity endorsements the lawmakers in Arizona are trying to avoid.

While the packaging case is pretty much a "common sense" case now, it becomes much muddier if recreational marijuana is legalized. And the current trend shows that lawmakers may have to have that conversation not too far down the road.