Arizona Law Requires Officials to Report Promo Expenses, But No One Does 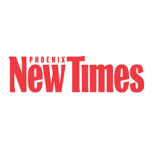 A law in Arizona requires local politicians to report to the Department of Administration (ADOA) when they spend public funds on promotional items that include their names or photographs. This includes elected city, county and school-board officials.

However, due to the lack of any real consequence consequence for not obeying the law, it's rarely followed. According to the Phoenix New Times, as of 2015, only one elected official in Arizona was in compliance with the law—Maricopa County Attorney Bill Montgomery. The ADOA reported that from 2013 to 2015, Montgomery spent around $77,000 on promotional items.

The latest public official to bypass the law is outgoing Maricopa County Sheriff Joe Arpaio, who left the office last month. Apparently, Arpaio had made claims that he would follow through with these transparency laws. But, he never did, and apparently was a big spender on promotional products, using mugs and signage on things like vehicles and buildings. An office official is currently working to assign monetary value to each item, and said that a final value will be provided.

The problem is that the ADOA can't actually interpret the law or enforce who should or shouldn't comply. Because of this, Arizona lawmakers are looking to "add teeth," as the Phoenix New Times put it, to the legislation, so public officials are more likely to follow the law.