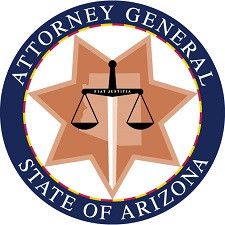 In 2012, Bisbee, Ariz., originally followed the trend going on in many cities, towns and states across the U.S. by prohibiting single-use plastic bags. But, after crunching the numbers, the city is repealing the ban after Bisbee Mayor David Smith said the loss in revenue would have forced the city into bankruptcy.

On Oct. 24, the Arizona Attorney General's office declared that the city's proposed ban was unlawful, and proposed an ultimatum: Repeal the ordinance, or lose state-shared revenue. The Bisbee City Council voted on Monday to draft a new version of the bag ban, making it voluntary for retailers.

"The state was ready to pass a death sentence on a city over a plastic bag," Smith told AZ Central. "This is a draconian measure when they can bankrupt you. We would have gone belly up."

Arizona Attorney General Mark Brnovich said he was "sympathetic" to the city's goal of environmental consciousness, but ultimately sided with state law.

"We thought this one was pretty straightforward," he said, according to AZ Central. "The law is what it is."

Mayor Smith responded to the AG's claims by saying that the benefits from the ban are easily visible—namely a decrease in litter and trash on the city's roadways.

Going forward, Bisbee will repeal both the ban on plastic bags and the mandatory fee for paper bags that has been in place since 2012. While the local government is following orders from the state, the battle might not be over. Bisbee locals, including Smith, are weighing the options of taking the fight to court, noting the environmental and aesthetic benefits the ban provided.

"We have incredible support from all over the country at this particular point," Smith said.

He's right. Safeway, the largest retailer in town, has agreed not to use plastic bags.

Should Bisbee amass what Smith referred to as a "war chest" to take the battle to court, it could be a big stand for a relatively small town to take against the state, and benefit promotional distributors looking to sell reusable bags to retailers in the area.

On the other side of the U.S., Madison County, N.Y., has put its single-use plastic bag ban on hold, too, while it waits for a State Environmental Quality Review to influence state lawmakers' decision.

According to CNY Central, N.Y. lawmakers "expressed concern that paying for that process could be a waste of money if the state does something that would negate the county law," like what happened in Arizona.