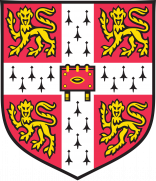 Thanks to a group at the University of Cambridge, it looks like it has. What's more, it's just about as environmentally friendly as you could ever hope for.

Researchers at the university designed a material that mimics spider silk's stretchy and strong qualities, but is made from about 98 percent water.

Like we said before, this development could make a big impact on the apparel world, but could also be used for things like sensors, according to the scientists. With the mostly water-based construction, this would be a huge breakthrough in environmentally-friendly manufacturing, especially with textiles.

"We think this method of making fibers could be a sustainable alternative to current manufacturing methods," said Dr. Darshil Shah from Cambridge's Department of Agriculture, the report's co-author. "Although our fibers are not as strong as the strongest spider silks, they can support stresses in the range of 100 to 150 megapascals, which is similar to other synthetic and natural silks. However, our fibers are non-toxic and far less energy-intensive to make.

According to the report, the new fibers are stronger than other popular synthetic fibers, like cellulose-based viscose and artificial silk, and even human or animal hair.

The fibers look like "miniature bungee cords," and are made at room temperature.

"When you look at these fibers, you can see a range of different forces holding them together at different scales," said Yuchao Wu, a Ph.D. student at Cambridge's Department of Chemistry and the report's lead author. "It's like a hierarchy that results in a complex combination of properties."

If this becomes a common practice that textile manufacturers can use at an affordable price, this has the potential to turn the textile manufacturing industry upside down, and introduce a host of environmentally-friendly practices for the future.

(Editor's note: The best thing about this is that we don't have to bring in any real spiders. Spiders are terrifying and I hate them. Yes, I understand they kill bugs. I don't care.)