Attendees of Disaster Fyre Festival Are Selling Merchandise on eBay

As Beyoncé recently reminded us (yes, I take any opportunity to reference Queen Bey), you've got to take lemons, and make lemonade. While Fyre Festival attendees were the victims of a horrendous music festival that was canceled at the last minute, and that subsequently left them stranded for days, there's always a bright side.

According to Mashable, those who managed to snag Fyre Festival merchandise are attempting to make a profit on eBay. One seller is asking for $300 for a branded yellow hoodie. So far, no bids have been made, but there's plenty of other merchandise bringing in the dollars. An artist's pass sold for $71, and a hat sold for $35. 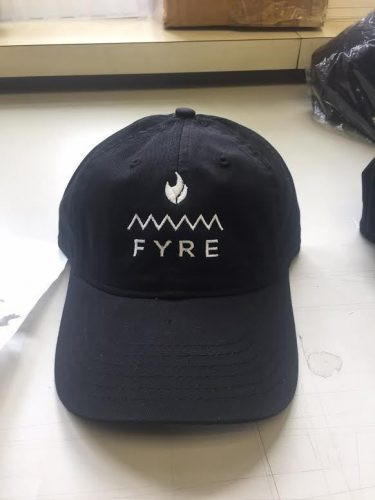 A Fyre Festival hat sold for $35 on eBay. (Image via eBay)

Most of the sellers seem to be attendees, rather than event organizers, so if you are considering bidding on an item, at least you won't be benefiting that horrible PR team.

While we have no information on what the merchandise originally sold for at the ill-fated event in the Bahamas, it looks like sellers are at least turning a slight profit.

With concert and music festival merchandise evolving into a fashion empire, it's no surprise that buyers would want to get their hands on these rare finds. After all, it's probably safe to say there will never be another Fyre Festival, at least hopefully.