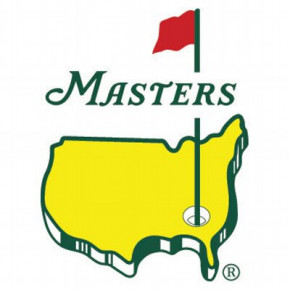 Augusta National Golf Club has hosted the Masters Tournament since 1934. (Image via Twitter)

Tasked with staging the Masters Tournament at its eponymous golf club, Augusta National Inc. prides itself on preserving the integrity surrounding the April gathering affectionately known as “a tradition unlike any other.” As a far-above-par overseer, the Georgia entity proved its protective nature Monday, suing a Florida company that could be hawking stolen or counterfeit products related to the prestigious event.

Green Jackets Auctions finds itself in a figurative sand trap, as the plaintiff is scrutinizing the legality of silverware and a belt buckle that both bear the course’s map-and-flag logo. The latter, the federal lawsuit contends, never received approval from Augusta National, which, it states, also did not license the item or request anyone to develop it. The former disputed product figures to cause more conundrums for the defendant, as the legal document holds that the club, which has hosted the Masters since 1934, neither sells nor gives away proprietary silverware, with golf.com relaying that Augusta officials feel then that someone obtained said good by stealing it from the club or resorting to counterfeiting measures. Based on the website account of the legal matter, it appears the plaintiff believes someone swiped the silverware, as the lawsuit asks for its prompt return. The document is far more stern regarding the buckle, calling for its destruction.

“[The defendant’s] marketing efforts are clearly intended to draw upon the valuable reference to the Augusta National Golf Club and the extensive secondary meaning associated with (Augusta National Inc.’s) Marks, and ability of consumers searching those trademark names to land on the offending website,” the affronted party said of its legal adversary, which could end up shooting a triple bogey through Augusta National’s contention that the Sunshine State-based company is also looking to suit suitors in the cherished green jackets that tournament victors and club members don.

“It appears that Augusta National Golf Club is attempting to assert ownership claims to every green jacket ever produced, regardless of who currently owns or possesses the jackets,” Green Jacket Auctions’ co-owner Ryan Carey said. “Obviously, we at Green Jacket Auctions dispute such claims, and will litigate the matter, if necessary.”

That “if necessary” reaction will likely transform into a “for sure” sentiment, as Augusta National has claimed its opponent is in wrongful possession of three jackets, including that of 1966 Masters champion Byron Nelson. CBS Sports is questioning Green Jacket Auctions’ motivation, with contributor Kyle Porter saying, “I’m not sure that’s a road you want to go down.” It appears, though, that Carey et all are all “fore” making that journey.